This past weekend was a long weekend here in my neck of the woods and to celebrate I embraced my inner viking at Islendingadagurinn (pronounced “ees-len-ding-ga-dog-a-rin”), the annual Icelandic Festival held in Gimli, Manitoba. One of the longest running ethnic festivals in North America, the festival has been a mainstay of the August long weekend since before there actually was a long weekend.

Attracting more than 40,000 visitors each year, the family-friendly festival offers something for everyone – food, music, entertainment, events/activities, Icelandic culture, and of course, Vikings!

I’ve been attending the Icelandic Festival since I was a kid. Back then, the midway and carnival rides were always a hit, but now, poking around the craft stalls and watching the fireworks probably hit the top of my list. 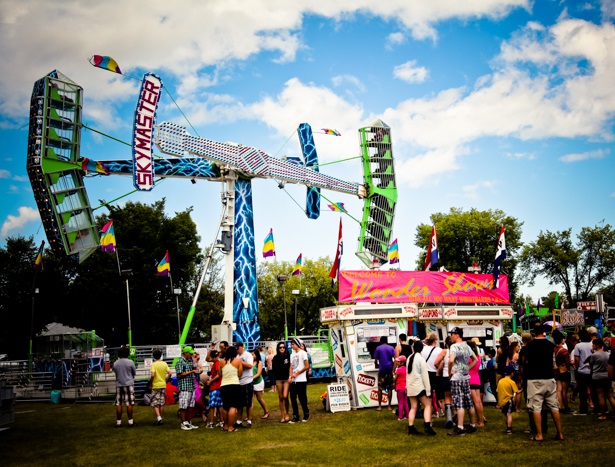 If the midway or craft stalls aren’t your thing, there are many other events to check out, including some more unusual ones:

Pretty self-explanatory (see below), but you won’t get me to eat Harðfiskur so this is one event I’ll take a pass on. 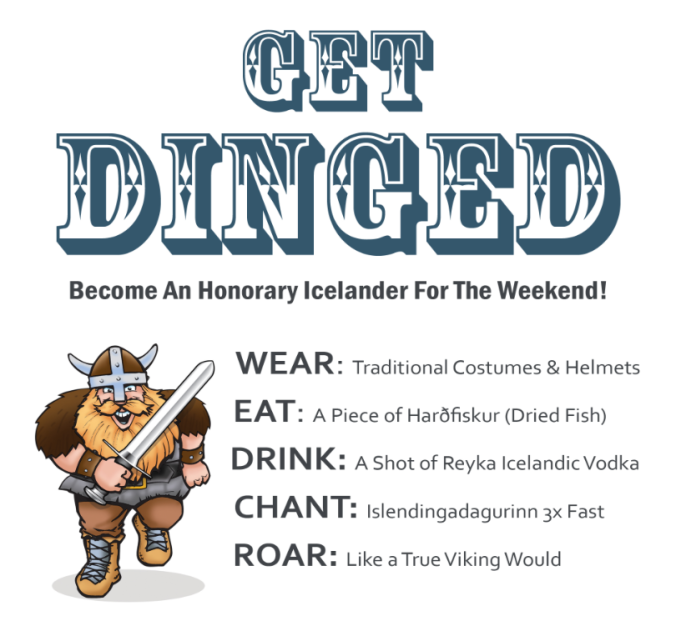 A festival favourite, the Islendingadunk basically lets competitors battle one another with a sack full of wet sponges, while sitting on a soap covered beam over Gimli Harbour. As you can imagine, hilarity often ensues.

My son’s favourite event, the Viking Village demonstrates the lifestyle and culture of 9th and 10th century Western European nations of Danish, Norse, Swede, Finn, Anglo–Saxon, Hiberno Norse, and Dane law (Central England and Scotland) many of whom travelled to and settled in what are now the present locations of Iceland, Greenland, The Faroe Islands, Newfoundland (Canada) and Baffin Island. 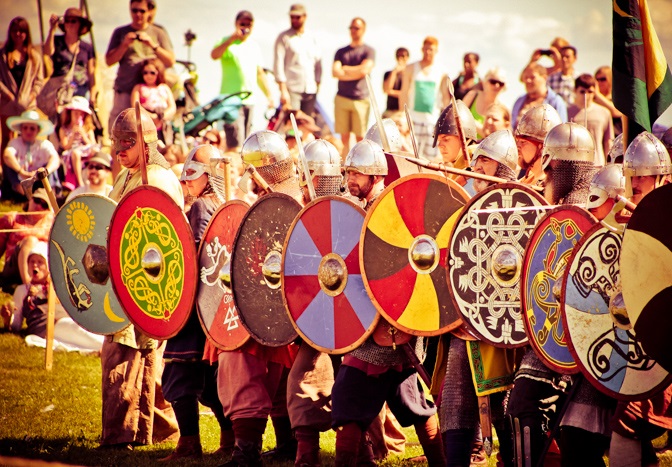 Although they have tamed down this game to make it family friendly (i.e. removed the drinking component), the Fris-Nok tournament is always a crowd pleaser. The game is played using two poles driven into the ground with an empty bottle (usually a beer bottle) balanced on each. Two teams of two face off and try to knock the other team’s bottle off the pole with frisbees. The first team to score 5 points wins. (Again, this is normally a drinking game and played while each player is also holding/drinking a beer, I think it ups the challenge level, but drinking liquor at a family event is frowned upon, so they don’t do that at the Festival).

Everyone Loves a Parade!

Of course, it wouldn’t be an Icelandic Festival without the parade. A staple of the festival, the parade celebrates the history and culture of the community’s Icelandic roots.

Okay, so prunes probably aren’t the first thing that comes to your mind when you think of summer celebrations, but that just means you’ve never tried Vinarterta.  Sweet, gooey prune filling between layers of short-bread cookie/cake, topped with sweet vanilla frosting. Yum!

And then there are pannkakor, or Iceland’s answer to crepes. These tasty, cinnamon-flavoured treats are always the first to disappear when we visit Amma (that’s Icelandic for Grandma) Joan’s. 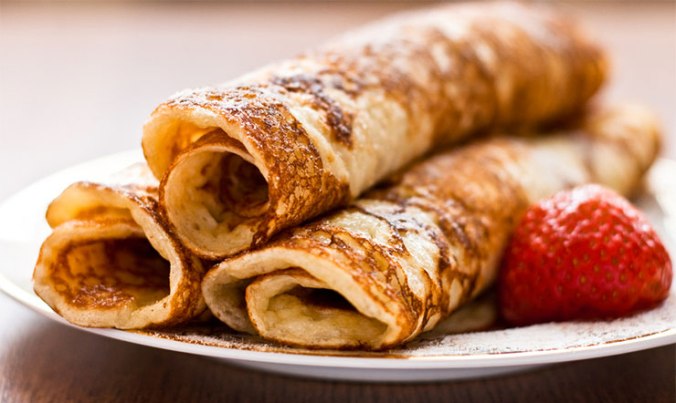 So whether you want to ride the ferris wheel, watch a bunch of big, burly Vikings bash each other with swords, listen to some traditional Icelandic poetry or left off some steam by whomping someone with a bag full of wet sponges, Islendingadagurinn has something for everyone. You might have missed it this year, but there’s guaranteed to be just as much fun next year, so when the August long weekend rolls around again head out to Gimli and get your Viking on!