Keep the reviews coming! Tooth and Claw is set for release January 5. Available for pre-order now 🙂 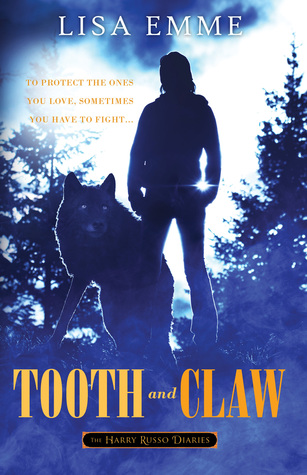 Q: When is a witch, not a witch?
A: When she’s a necromancer.

Angharad ‘Harry’ Russo has had to adjust to some major changes in her life. Her computer is haunted, she accidentally acquired a vampire servant and she’s attracted to the most aggravating alpha male on the planet. Her friend betrayed her, a lunatic tried to sacrifice her to raise a god and she accidentally ‘outed’ herself to the Magister, the most powerful vampire in town. What else could go wrong? Oh yeah, she’s just discovered that her father is a vampire and her dhamphiric powers are emerging prematurely. Poor Harry doesn’t know what weird ability could pop up next.

When werewolves start to go missing, and two young men die suspiciously, not to…