‘The Bechdel Test’ was inspired by cartoonist Alison Bechdel‘s 1985 tongue-in-cheek comic strip ‘The Rule’ which became a basic measure to see if women are fairly represented in a film.

Anita Sarkeesian, creator and host of the FeministFrequency, does an excellent job explaining what the Bechdel Test is all about.  Basically, for a movie to pass the Bechdel Test, you must be able to answer ‘yes’ to the following questions:

1: Does it have at least two female characters?
2: Do they talk to one another?
3: Do they talk about something other than a man?

Simple, right? Well, you’d think so, but a surprising number of Hollywood movies don’t pass the test. What is even more surprising is the number of films you would think should pass but don’t. This is because, as Anna Waletzko discusses in her Huffington Post article, the Bechdel Test may be an excellent tool in triggering discussion, but it is a superficial measure of female empowerment in film.

Despite these limitations, it can be argued (as in this article by Charlie Jane Anders) that the test is important because it is often a part, or the beginning, of a larger and more complicated conversation about female representation in movies.  It serves as a measure of how we are doing at promoting and increasing the opportunities for women.

So how did I do with Harry in Dead and Kicking?

Yes, besides Harry there are her roommates, Holly and Tess, as well as several other supporting women, including the two sisters and mother of the the main character Nash.

Yes.  There is a fair amount of banter between Tess and Harry especially, and very little of it is about a man.  There are also plenty of conversations between all the female characters THAT ACTUALLY MOVE THE PLOT FORWARD.

I’ll take that as a passing grade. 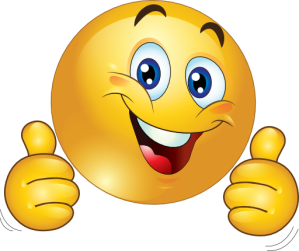 4 thoughts on “Harry and the Bechdel Test”